Leave a comment Posted by Accelerate Magazine on January 11, 2013 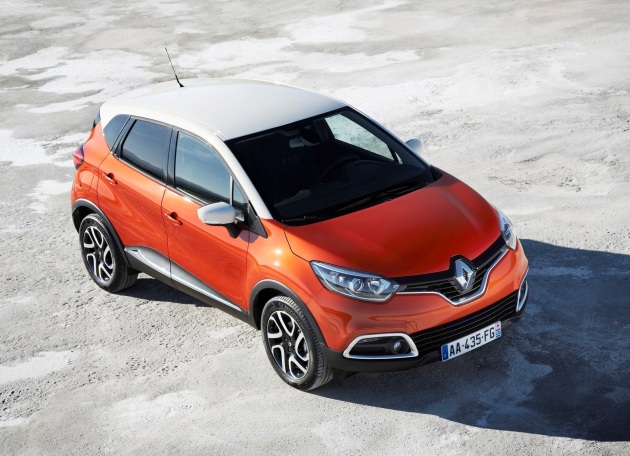 Yesterday we brought you news of Peugeot’s new 2008, a supermini SUV aimed at the Nissan Juke. Today, after recenbtly being teased, Renault showed us the first official images of its own contender, the Captur.

In the same way that the 2008 took styling cues from the 208, the Captur turns to the new Clio 4 for inspiration. The name is carried over from the radical concept that was first shown at the Geneva Motor Show in 2011. Unfortunately the rest of the car is much more conventional than the Captur concept was.

The Captur is underpinned by the Renault-Nissan B platfrom, which also underpins the Clio and, indeed, the car that the Captur is aimed at, the Juke. The Renault is a little shorter than the Nissan supermini SUV though, albeit by only 15 mm. However, that’s where the similarities between Captur and Juke end. Both have been engineered separately and they are built in different factories.

Like Peugeot, Renault will be hoping to take a share of the Nissan Juke’s pie, which has gone largely unchallenged until now. It’s been a smash hit in the sales department the world over, and Renault wants the Captur in on the action.A high level of customisation, inside and out, should allow the Captur to stand out, although the Juke is unique in its own right, too.

Raised ride height and a raised driving position are, of course, part of the Captur’s package, as is a rugged bodykit. Engines will come from the Clio line-up, including the new 0,9-litre turbocharged three-cylinder unit. A 1,5 diesel will also form part of the range and CO2 emissions will be as low as 96 g/km, which Renault claims will be best in class.